The weird, the beautiful & the Zen of underwater photography

National Geographic photographer David Doubilet waited 40 years to shoot his dream picture: a clownfish. A male clownfish that was aerating its eggs just before they hatched in the waters of Anilao, Batangas.

That was eight years ago and it almost didn’t happen. David was literally on the way to the airport with his wife Jennifer Hayes, a marine biologist, when fellow underwater photographer Gutsy Tuason called him up and told him he was going to Anilao.

“Jennifer told me, ‘Get out and see Gutsy,” David says.

And a magazine cover was made.

One of the questions underwater photographers are always asked — especially those who shoot macro or species the size of your fingernail — is about the wait.

“People ask me, how long did it take you to make that picture? I say 40 years,” he says. 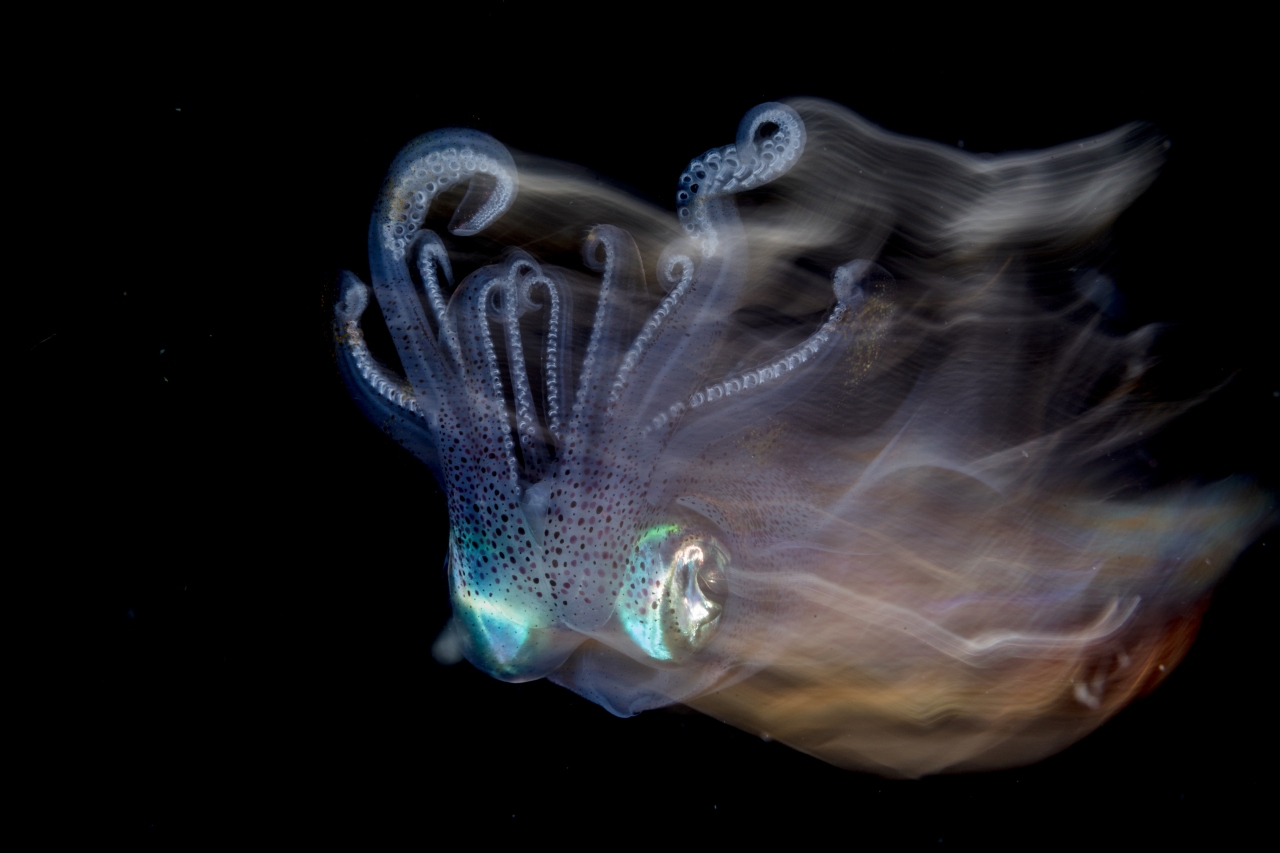 Last week, David and Gutsy — both authors and award-winning underwater photographers — were back in Anilao, home to the rarest species in the world and a famous dive town three hours from Manila. They joined other judges of the 5th Anilao Underwater Shootout, a contest organized by the Department of Tourism and Philippine Airlines. PAL also kicked off its campaign Dive Philippines, which would give international travelers/divers extra luggage allowance on their domestic flights in the Philippines.

Dubbed the “World Cup of Photo Competitions,” the Anilao Underwater Shootout brought together 173 divers and underwater photographers from all over Asia, Europe and North America to compete in Open and Compact Classes (cameras with interchangeable lenses and without, respectively) with five different categories — Macro/Supermacro, Marine Behavior, Nudibranch, Fish Portrait and Cephalopod.

When we sit down for an interview, David reveals a life made peaceful by diving and shaped early in a lake in upstate New York, when he was an asthmatic boy of eight.

Which came first for you, diving or photography?
DAVID DOUBILET: It started all about the same time. I was snorkeling earlier and at 12, I started diving and taking pictures.

Where was this?
In New Jersey, but my first dive was in a lake in upstate New York in the Adirondack Mountains, not far from where we live now. I went to summer camp and didn’t like it very much. I didn’t like the mountains, I didn’t like the horses or baseball. The counselors gave me a mask and told me to clean out the dock of branches and trees in the lake. And my life changed. Eight years old.

What did you see underwater?
I can still remember, there were sunfish and other freshwater fish. It was great. We had a summer home in New Jersey and I started diving there. Things were pretty simple, it was the mid 1950s. We didn’t have wetsuits until about 1960. Back then you made them yourself.

How did your career with National Geographic start?
I came to Geographic when I was still in university, in my second year at Boston University. I had just won a big international competition in Italy, Mondo Sommerso Prize. I had a friend working for Geographic and went to see the director of photography. He told me they had nothing for me but to come back next year. So I started to work on other kinds of photography.

I was shooting with fairly primitive equipment compared to what we have now, but back then it was pretty sophisticated. I shot a lot of black and white and I learned how to print. That was sort of the basis, the bones of how to see underwater, how to shoot pictures. 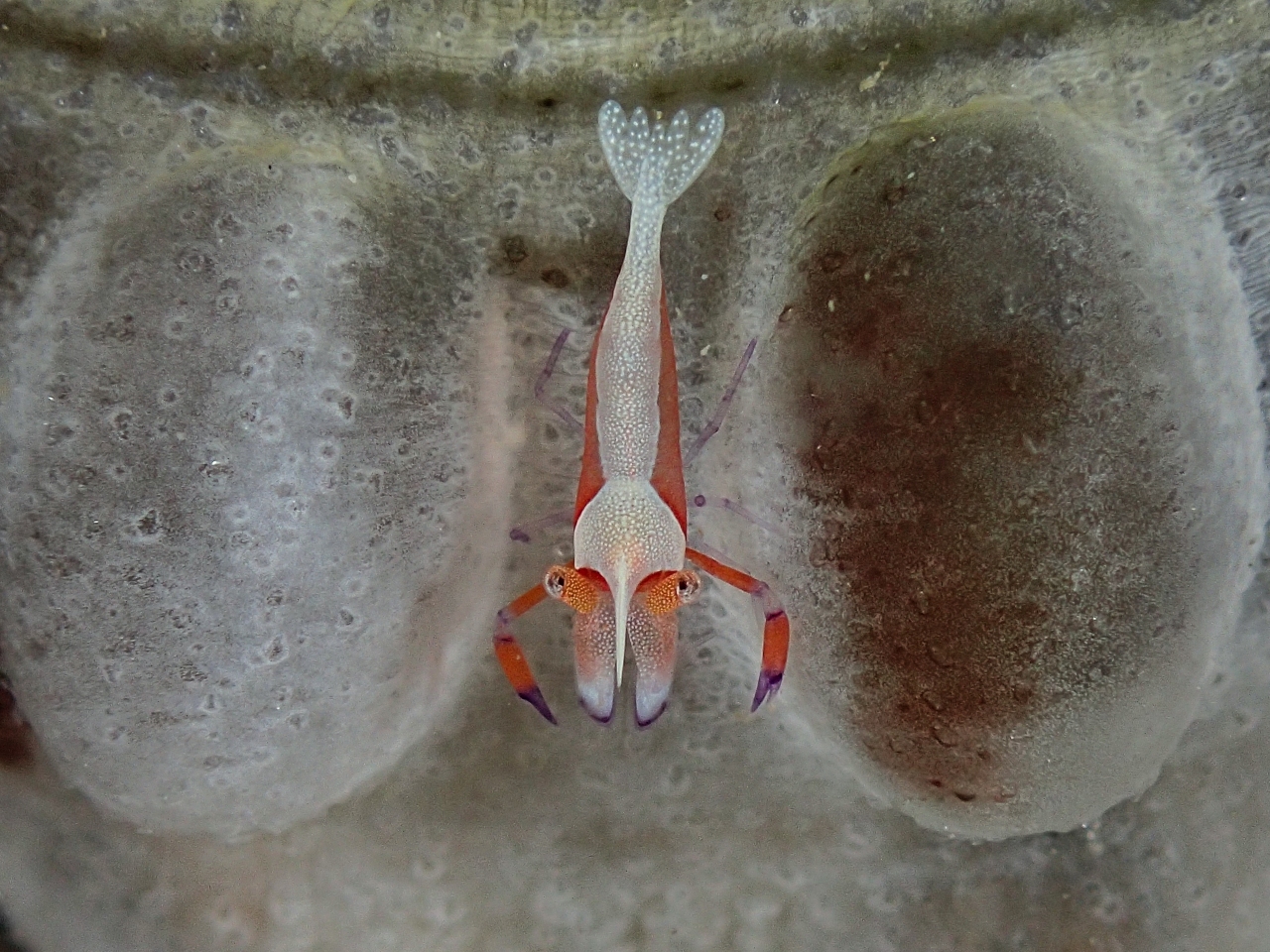 What has diving taught you about life?
That’s a very good question. What divers have, unlike the rest of the world — except for astronauts and mountaineers to a certain extent — is the ability to have a perspective of the rest of the planet. You go underwater and you come up out of the water and you see the planet in a whole new, complex light.

Diving teaches you, to a certain extent, about trying to be calm. The biggest enemy of diving is over-exertion. You have to be as calm as you possibly can. Even free divers have to be calm no matter how hard they’re working; they have to remain at a simple, single level of strength. It’s also a great escape. You leave this planet through another place. Not a lot of divers do, but I tend to think a lot underwater.

About what?
Everything. Especially when I’m shooting, I get very intense, I get very direct. Both Jennifer and I will go to a reef system and we’re very direct in our approach. That’s what you see in this competition in Anilao. People are very intense and literally focused. They are so excited about what they’re doing — and what they’re doing is making art. But it’s an art that involves some of the smallest and arcane parts of the ocean. And yet when they bring it back up, it opens people’s eyes. The competition does a lot of things in terms of self-fulfillment, but it also tells people what the ocean is about.

Is there a different kind of satisfaction between photographing critters and bigger species?
Some people live and die for the smaller creatures. I like them very much, but I like a lot of different things under the water. I’ll be photographing very small things, but also shipwrecks, aircraft, larger things.

Anilao is one of the success stories in the Philippines. Decades ago fishermen were doing dynamite and cyanide fishing, but the NGOs managed to convince them that there’s more money in tourism especially when it involves diving.
These guides whom everyone depends on, they work very hard and they’re geniuses. If they were fishermen they would just bang their heads against the wall and come up with almost nothing and families would be in trouble.

Diving tourists coming here bring five times, six times the amount of money than somebody coming here to play golf or people backpacking or whatever. Diving is a labor-intensive business.

The marine-protected areas around the Philippines are very successful because you have a no-take zone which will in time supply the take zone, and that will increase the number of fish that people can take out of the water. That’s working in many places in the Philippines like Apo Island.

So there’s a tourism angle and the fact that people should be well aware of how important the ocean is to the average Filipino. This is a coral nation. No one lives more than 75 miles from the ocean.

Do you have a favorite dive site?
The next one.

What kind of dangerous situations have you been into underwater?
Well, the most dangerous that Jennifer and I get into are situations that photographers tend to get into. And it’s based upon photographic greed — one more picture, one more story, spend some more time underwater — and all of a sudden you’re pushing your time. There’s always currents and weather that change.

I’ve had experiences with all sorts of sharks. Jennifer and I work back to back so we see 360 degrees and we shoot like that. Obviously white sharks are difficult to work with outside a cage because for the most part you see many shark species and you bring them a little bait.

We’ve photographed tiger sharks feeding on the remains of a dead sperm whale in the Great Barrier Reef, and then more and more sharks came in because of the oil from the sperm whale’s flesh. It’s a delicious smell for the sharks; they love the smell of turtles and marine mammals, and so they got very aggressive with us.

I think the most dangerous thing we’ve done is not in the ocean at all but working on the Okavango Delta in Botswana. There were all sorts of crocodiles and hippos. Every dive, even at night, which was a crazy thing to do there, you could see the crocodiles’ eyes as they came closer and then we’d get out of the water. It was frightening.

What was the longest time you’ve had to wait to photograph a certain species?
It took me 40 years to get a picture of a clownfish and it happened here in Anilao. I was blown away.

What for you is the most beautiful species in the ocean?
Everybody loves different things. For Jennifer, it would be a harp seal or a sturgeon. For me, strangely enough, I do like clownfish. In South Australia, there are sea dragons  and in the Gulf of St Lawrence there’s the Atlantic wolffish. It’s like being asked who’s your favorite child. 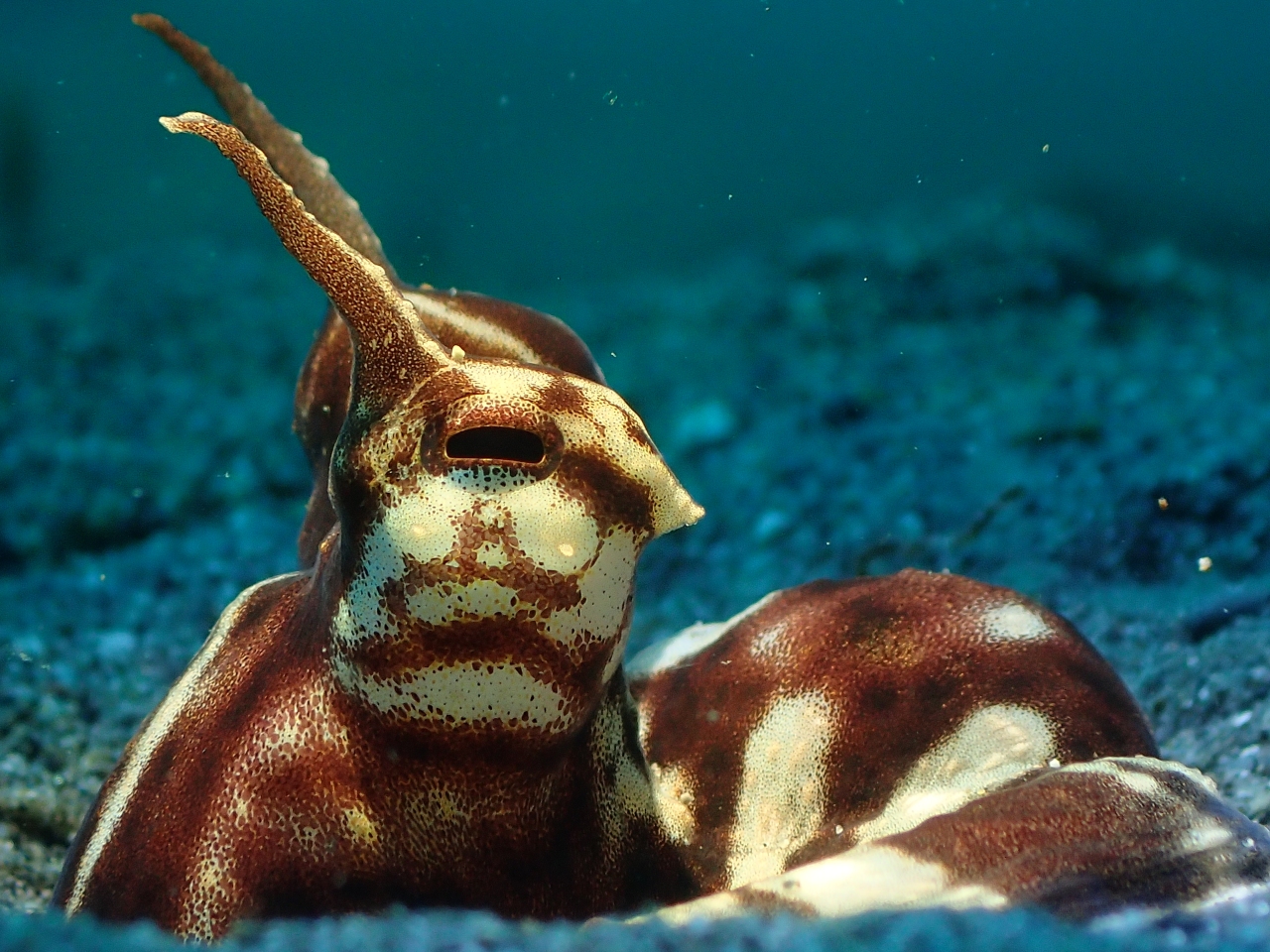 How different are the challenges between island and ice diving apart from the temperatures?
Diving here is easy, simple — you wear a suit, you go on a boat. In the Antarctic and the Arctic, you wear extremely thick dry suits, waterproof dry suits. We use the most sophisticated dry suits manufactured in Sweden. You have to know the paramaters of little things, like if your hand gets cold you can be in very serious trouble because you can’t get your equipment off.

Obviously, polar diving is far more intensive but on the other hand it’s far shorter. A safe scuba dive is about an hour, you can do another hour after that and another one. But to stay in longer than an hour you lose feelings in your fingertips, so you have to balance that out and also be aware of your core temperature.

You have to look and see and do… I’d recommend to shoot in black and white, but here in Anilao you have wonderful colors. Start with a simple camera, even the camera phones are good. Then you begin to build up things. I think the problem with many photographers is they become very repetitive, so they have to find something they’re very comfortable with and have a look at other people’s pictures.

I was talking to photographer Jun de Leon earlier and he said shooting macro made him “realize that there are no accidents, and there is a creator of all of this. Something that small cannot be an accident.” Is diving a religious experience for you as well?
In many ways, yes it is. Because you look at something and say, is this the end of evolution or has it taken one more path it’s such a surprise? It’s the force of life on earth. I’m not religious at all — a lot of people are and diving reinforces their beliefs. But it certainly is an evolutionary experience. I think for people who are creationists, it’s not exactly the place to be because everything changes all the time. God didn’t create the leafy sea dragon, something evolved.

And then which God created the leafy sea dragon? Was it Jewish, was it Catholic, Christian, Buddhist or Hindu? It’s this constant evolution of this planet and the absolute force of biology to change. But the thing is, no matter how scientific you are, you’ll get to an end point. And after that, that’s when you have the unanswered question, that’s the religious question: How did it all come about? That happens in diving a lot — the constant surprise. And you’re right, it is a very religious moment.