Midnight in Savannah’s Garden of Good and Evil 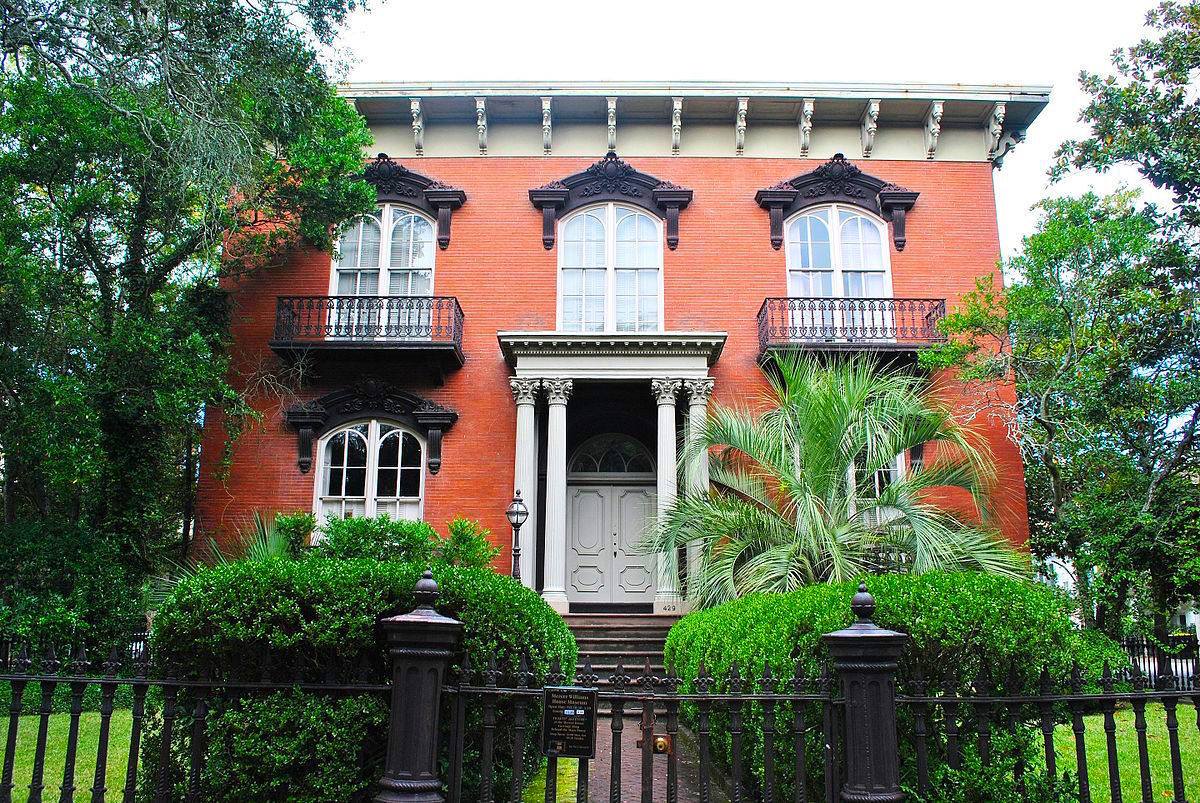 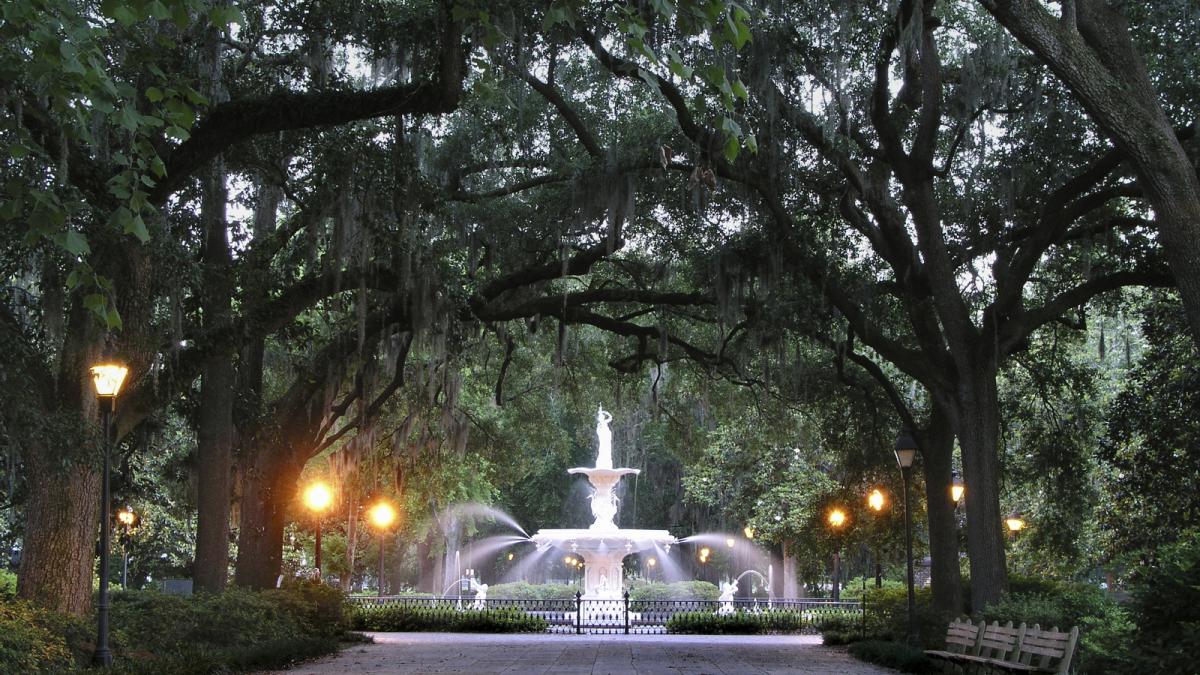 The fountain at the north end of Forsyth Park; the park is the biggest in Savannah’s historic district, covering 30 acres.

Every time someone tells me, “The book is always better than the movie,” I point to two movies: Clint Eastwood’s Midnight in the Garden of Good and Evil and Alexander Payne’s Sideways.

I saw the movies first before I read the books — Sideways by Rex Pickett, and Midnight by John Berendt, which was a damn good book — but it was the movies that I fell in love with. Eastwood’s film put Savannah, Georgia on the global tourism map — suddenly everyone wanted to see its garden squares every three blocks, its wooden houses that can only be described as languid, like a woman on a chaise lounge being sketched by an artist and, above all, the Bird Girl statue.

While Robert Zemeckis’ Forrest Gump was also shot there, to my mind the location wasn’t as crucial as it was in Midnight. It didn’t have me putting it on my bucket list, Midnight did. One can argue that central to both movies are quirky characters that made Savannah memorable or that it was only Savannah that has in real life such characters that any other location was impossible. 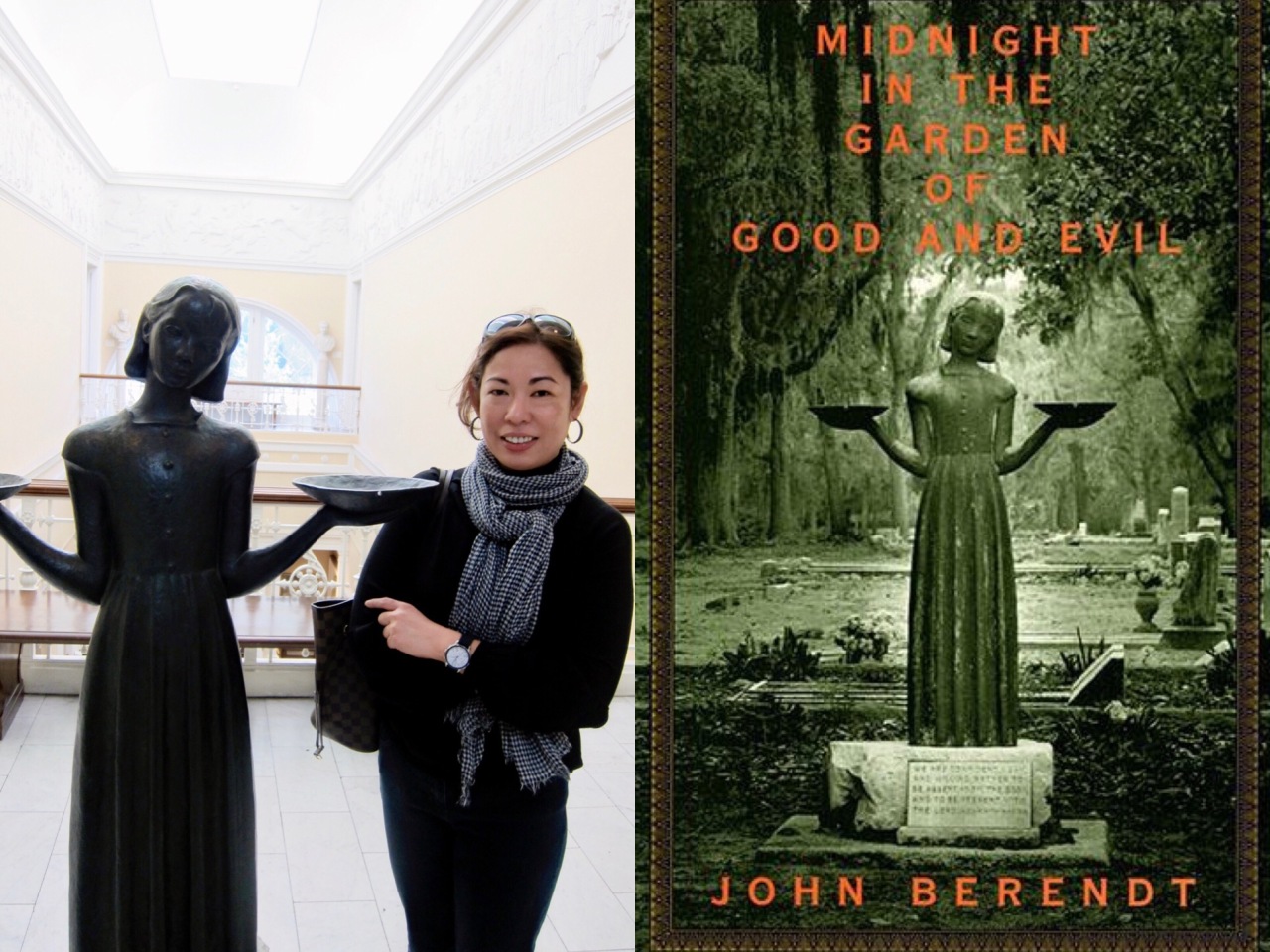 I flew from Manila almost a decade ago to have a look at the Bird Girl statue, formerly at Bonaventure Cemetery and later transferred to Telfair Museum, because I was so in love with the film version of “Midnight.”

Midnight in the Garden of Good and Evil was written by former Esquire and New York magazine editor John Berendt. Published in 1994, Berendt’s novel won the Pulitzer Prize for nonfiction and spent 216 weeks on the New York Times bestseller list, a record unbroken to this day.

Midnight also has one of the best book covers ever: a haunting picture of what the world would come to call the Bird Girl, a bronze sculpture of a girl holding bird feeders in both hands. There were four statues made from a cast and one of them ended up in local family plot at Bonaventure Cemetery in Savannah. When Random House sent a photographer to shoot the cover for Berendt’s book, the author suggested that he find a subject in the cemetery and the photographer found the statue as the light was fading.

I’m a whodunit kind of girl, I love a murder mystery in any genre and there’s one at the heart of Midnight — the shooting of a local male prostitute (“a good time not yet had by all”) amid a slew of peculiar characters, socialites, old and new money swirling in Southern Gothic atmosphere. It’s Eastwood, but at times it feels like you’re  in the middle of a Robert Altman movie with its not-so-subtle class tension.

What Truman Capote did with In Cold Blood in 1966, what Susan Orlean did with The Orchid Thief in 1998, Berendt did as successfully with Midnight: he wrote news and the subsequent court trial as a novel and rearranged chronological events to fit his purpose. All three were made into movies, but to me only Midnight is a better film than the book, which doesn’t take anything away from the author because Eastwood was essentially handed a ready-made script that he filmed three years after the book’s publication. 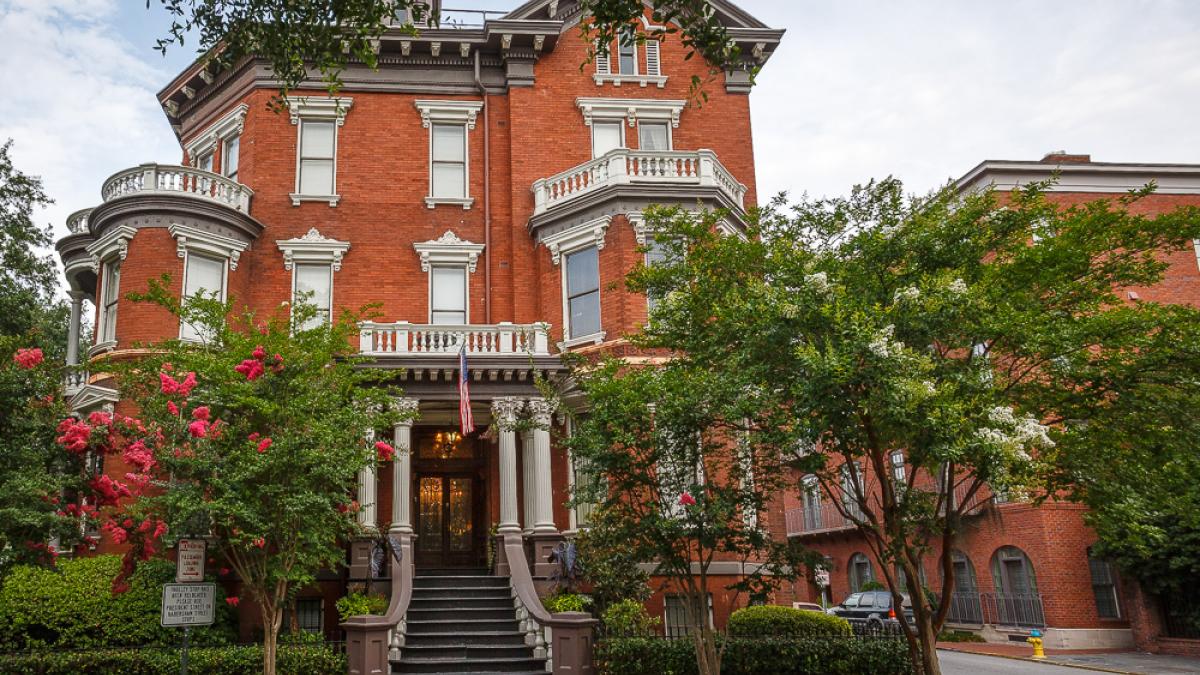 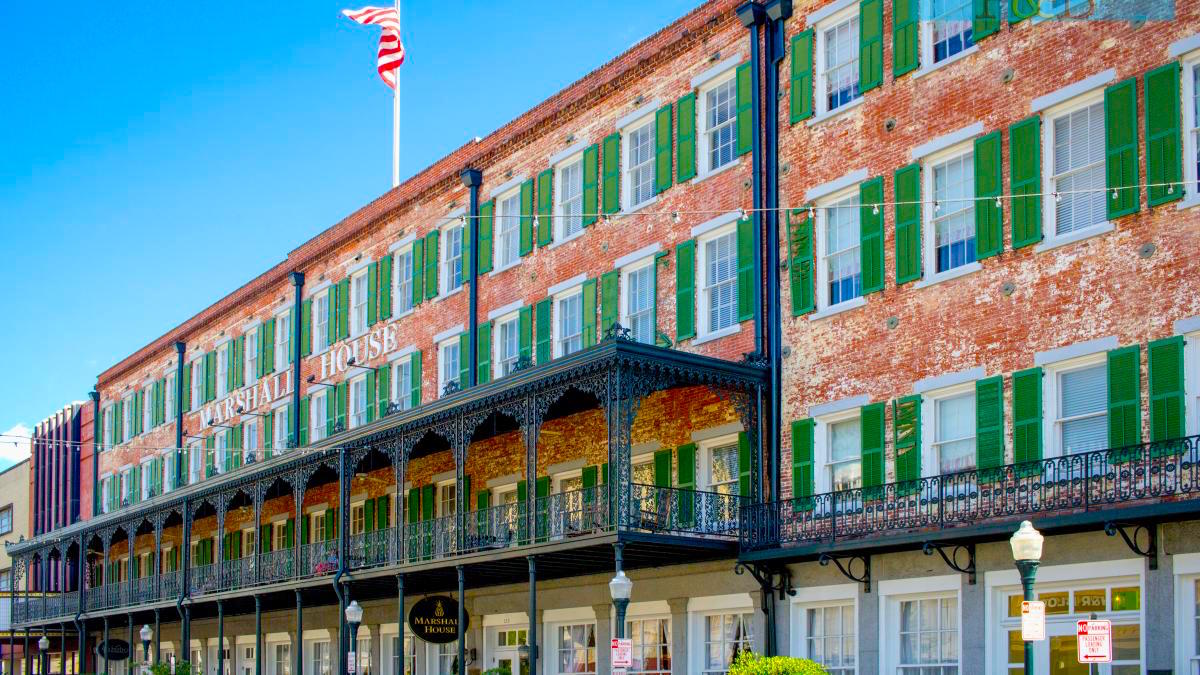 Among the many tours is a ghost and haunted house tour which includes haunted hotels like this one.

In the film, Town & Country journalist John Kelso (John Cusack) comes to Savannah on assignment to cover a who’s-who party hosted by the town’s beloved art and antiques dealer Jim Williams (Kevin Spacey). At some point in the night, Williams shoots the temperamental male prostitute Danny Hansford (Jude Law) and maintains that he did it in self-defense.

Surrounding this murder are locals that include a man paid to walk an imaginary dog, a drag queen, a lot of drinking and canapés on the crime scene — and voodoo rituals. All for real, including the city’s famous drag queen who portrayed herself in the movie.

It is the American South, after all.

“For me, Savannah’s resistance to change was its saving grace,” Berendt writes. “The city looked inward, sealed off from the noises and distractions of the world at large. It grew inward, too, and in such a way that its people flourished like hothouse plants tended by an indulgent gardener. The ordinary became extraordinary. Eccentrics thrived. Every nuance and quirk of personality achieved greater brilliance in that lush enclosure that would not have been possible anywhere else in the world.” 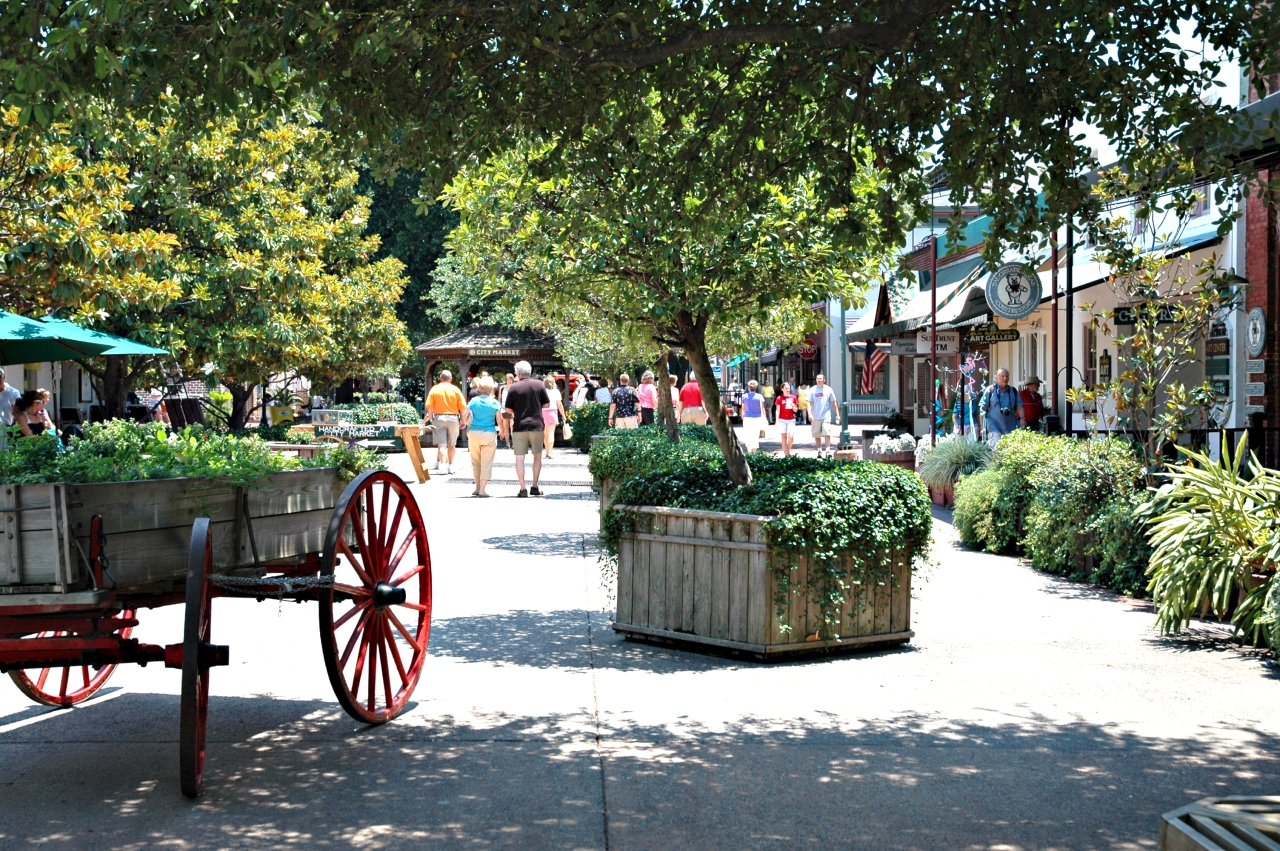 Savannah’s City Market includes restaurants and bars and a pedestrian promenades where bands play all day. Photos from City Market/flickr.com

Eastwood portrays all this in a brilliant pace, in scenes that are deeply atmospheric with beautiful shots of the houses, haunting trees dimpling the sunlight and voodoo rituals, contrasting all these against Cusack’s New York ethos.

“This place is fantastic! It’s like Gone with the Wind on mescaline,” Cusack tells his editor. “They walk imaginary pets here, and they’re all armed and drugged. New York is boring.”

All this was why I wanted to go to Savannah. It wouldn’t be for many, many years since the movie’s release that I’d actually make the trip, still a fave from my solo travels.

By this time, Savannah had become a tourist destination with movie location tours that included Williams’ Mercer House, where the murder took place, and Bonaventure Cemetery, where thousands of tourists would trample on other gravesites to see the Bird Girl.

Then the city said, enough! 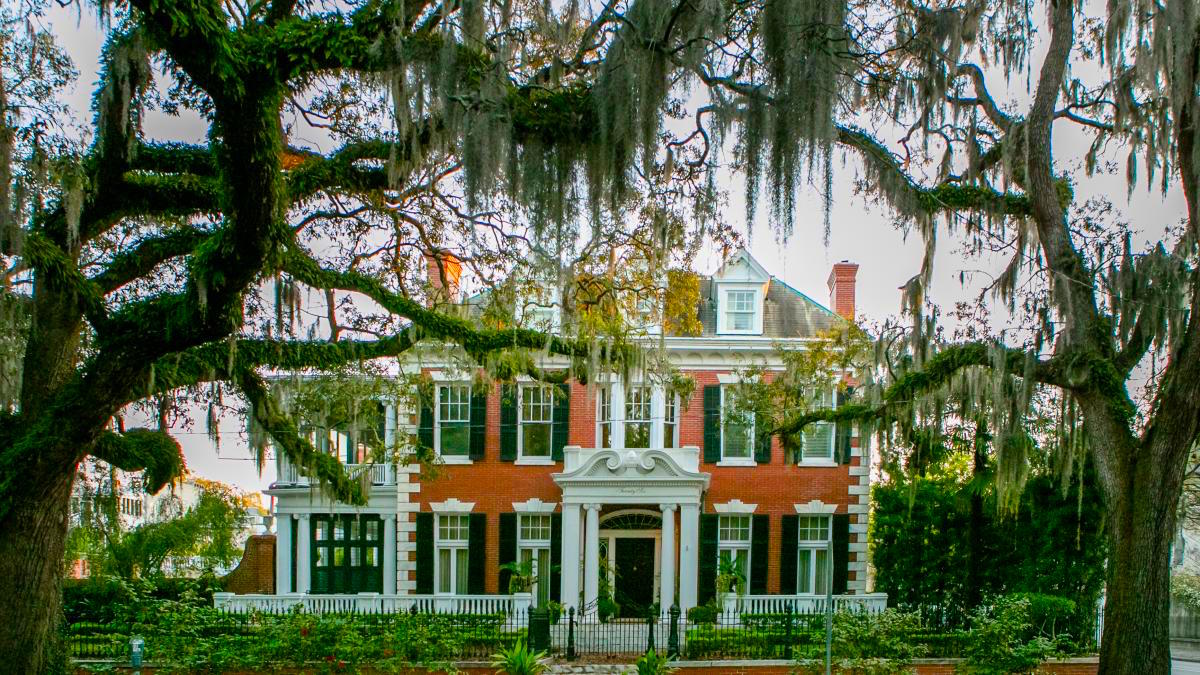 If you want to discover America’s 18th- and 19th-century architecture, head to Savannah, which has preserved and re-purposed many of its houses in the historic district.

When I arrived at my hotel, the receptionist told me the Bird Girl was no longer at Bonaventure Cemetery. My heart literally stopped for a second. I had finally saved enough money for the trip — did I just fly 14,000 kilometers for nothing?

No, they had merely transferred the sculpture, which was donated to the city by the family that owned it, to Telfair Museum in the middle of town. It wasn’t the same as seeing it in a cemetery but it was there.

The museum had the stupid rule of no photography (it’s a statue!) and a burly security guard waved his hands at me in warning.

I quickly realized that in Savannah, gumption and charm go a long way. I told him, “I flew across the Pacific to see this statue and I just want to take a picture of it.” 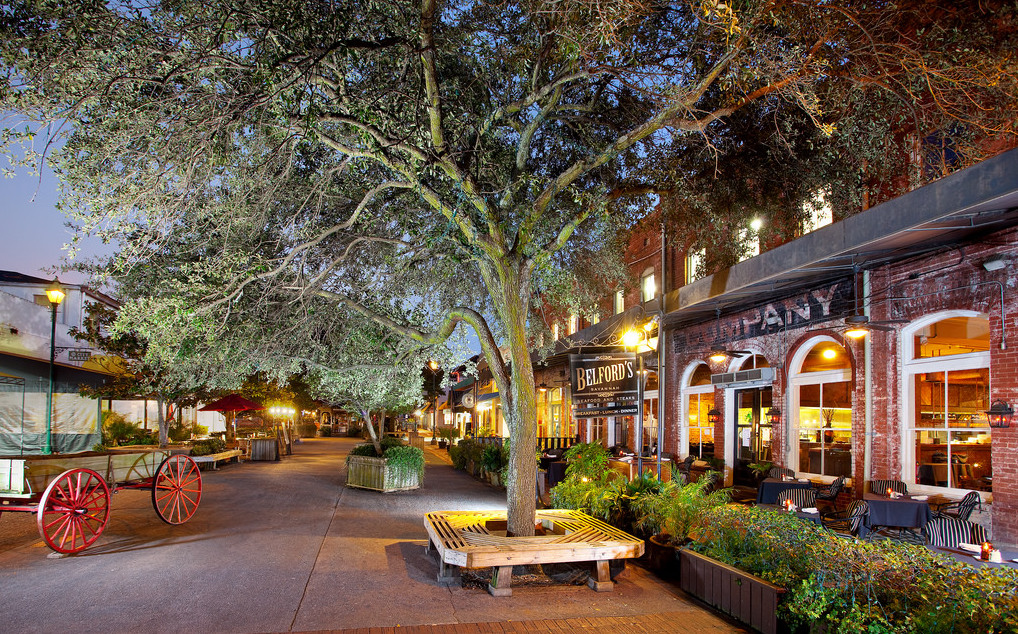 Not only did I get the guard to let me take a picture of the Bird Girl, he actually took a picture of me with it.

Every travel, in the end, is like a movie script. There is that which you follow, and then there’s improvisation. I improvised in Savannah after I had done what I went there for. I walked its streets, visited its houses, sat on the bench in the square where Gump said, “Life is like a box of chocolates, you never know what you’re going to get.”

But there was something more than that — a city that hummed to its own beat, through the breeze ruffling the Spanish Moss in the squares, something genuine that was becoming obvious to me slowly, sweetly. 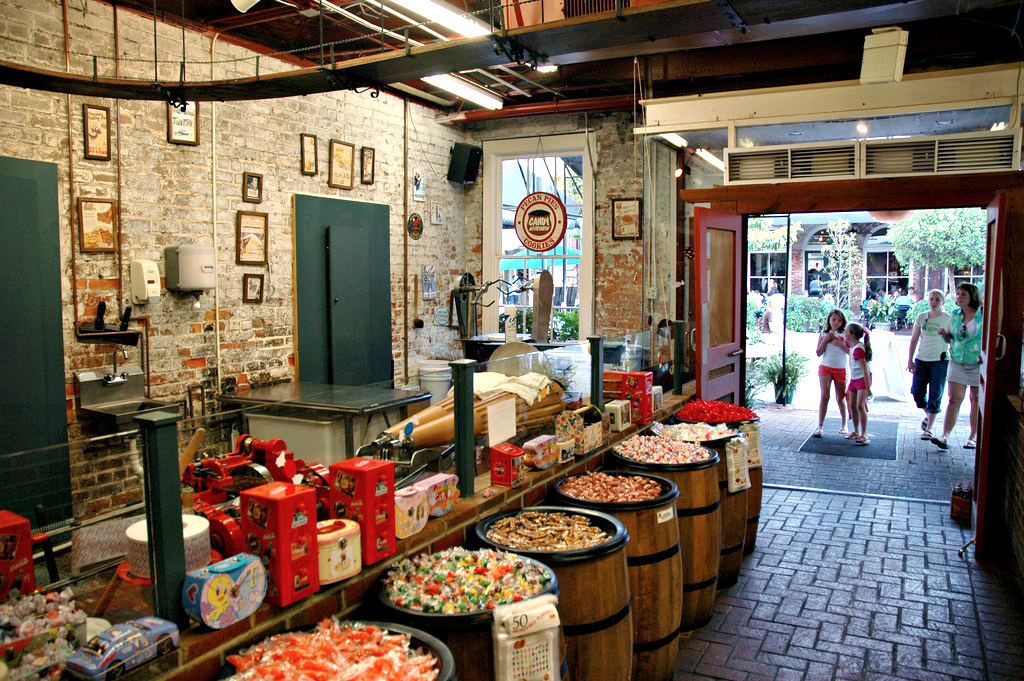 They drank in the morning, they played music in the squares, they played Free Bird continuously, the street band becoming bigger as passersby participated not just took pictures because in 2010, no one cared all that much about Facebook or Instagram.

At the time, the National Institute of Alcoholism and Alcohol Abuse said that more than eight percent of Savannah’s adults were “known alcoholics.”

Eastwood captures this throughout the film and in one scene, Cusack is told: “We’re not at all like the rest of Georgia. We have a saying: If you go to Atlanta, the first question people ask you is, ‘What’s your business?’ In Macon they ask, ‘Where do you go to church?’ In Augusta they ask your grandmother’s maiden name. But in Savannah the first question people ask you is, ‘What would you like to drink?’”

But Sunday was a different story. I went to the supermarket to buy wine and found the aisles cordoned off. I asked a salesperson why. He said, “Because it’s Sunday.” Again, I asked why. “Because of God,” he said. “It’s the law.”

He began to walk away before I could wrap my head around this and I said, “Hey, wait, out of curiosity, can I buy a gun on a Sunday?” He turned and looked at me as if I had asked the stupidest question in the world and said, “Yes, of course.”

Since we’re on the topic of drinking and movies being better than books, let me say something about Alexander Payne’s Sideways, set in the vineyards and wineries of Sta. Inez Valley.

Failed novelist Miles (Paul Giamatti) is asked by Maya (Virginia Madsen) why he was so into Pinot. He fumbles around and says because it’s a hard grape to grow, “it’s not a survivor like Cabernet.”

Then he asks her why she’s into wine. She says, “I like to think about what was going on the year the grapes were growing; how the sun was shining; if it rained. I like to think about all the people who tended and picked the grapes. And if it’s an old wine, how many of them must be dead by now. I like how wine continues to evolve, like if I opened a bottle of wine today it would taste different than if I’d opened it on any other day, because a bottle of wine is actually alive. And it’s constantly evolving and gaining complexity. That is, until it peaks, like your ’61. And then it begins its steady, inevitable decline.” 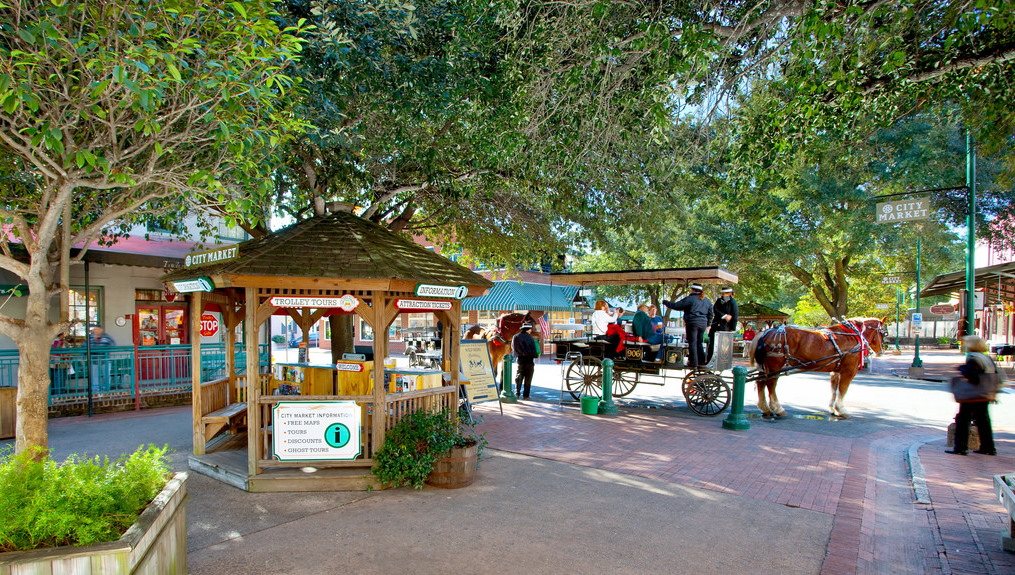 You can’t buy alcohol in Savannah on a Sunday, but you can buy a gun.

It’s one of the quietest scenes that’s ironically filled with dialogue, and that’s what I love about it. It may also be the one scene that won for both acting awards — the way Sofia Coppola made a star out of Bill Murray again in Lost in Translation. That sadness, that quiet desperation that no one else understands except those that finish a bottle of whiskey and black out after, and in the morning wish they had died instead.

But never mind that. Back to Savannah with its street music and unreasonable Sunday alcohol law…

I was asked by friends later how I liked the place. I told them that through the wind that traveled through its New York-like grid, its voodoo rituals, its historic district, the wooden houses that gossiped about the most scandalous affairs and murders, the movies and books, and my own failings — I told them that of all the cities in the US that I’ve been to, Savannah was the only place I could imagine setting my luggage down for. 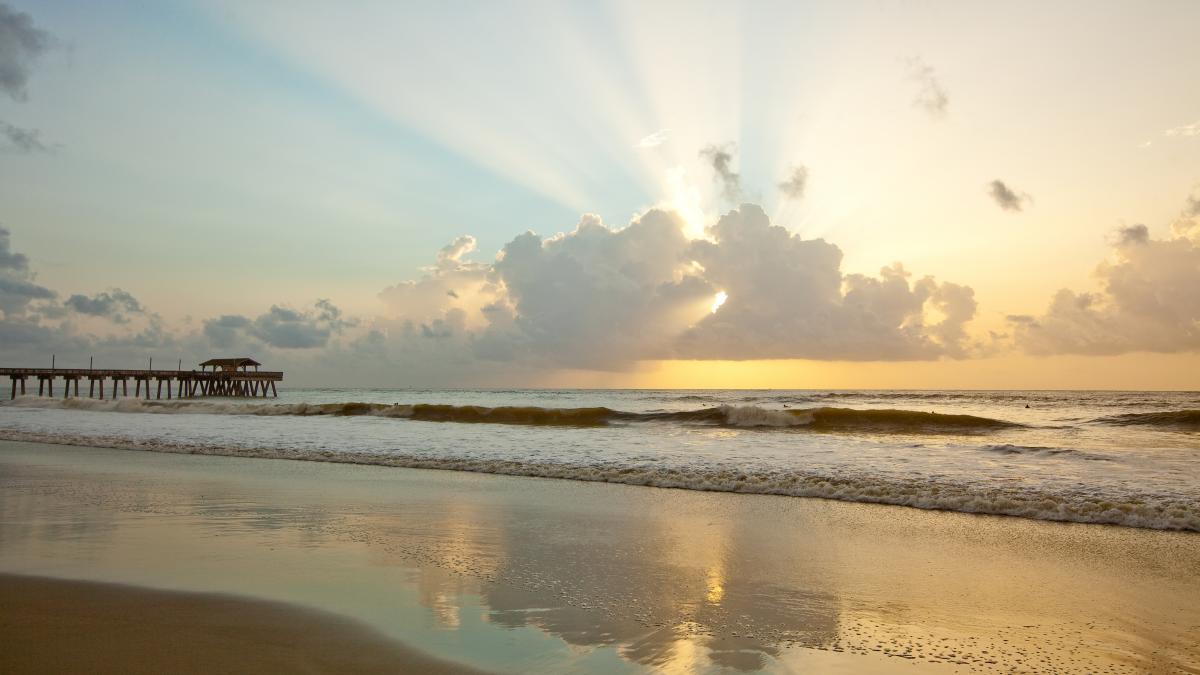